Trick or Treat : The Really Scary Sugar To Fear This Halloween 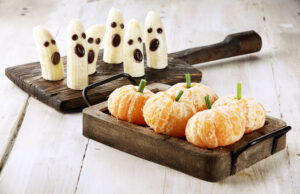 For many, the overwhelming access to sugar is a scary fact about Halloween and all the upcoming holidays.  Added sugar is especially seen as a cause of weight gain, obesity, and diabetes.

In this post, I want to clarify whether “added sugar” and “natural sugar” are what you need to be concerned about.  This blog is especially important for people who are concerned about diabetes.

Added sugars account for only about 17 percent of the total calorie intake of adults and up to 14 percent for children, according to a recent study.  Many people are confused about whether added or natural sugar is the same as glucose in your bloodstream. The answer is NO, it is not. Natural sugar is found in fruit, berries, sugar cane, sugar beets, and other crops. The sugar added to products is usually made from high-fructose corn syrup, which is made from cornstarch.

The confusion between natural / added sugar and glucose in your bloodstream is understandable because doctors and health personnel always refer to the problem of having high blood ‘sugar.’ The same word ‘sugar’ appears to be referring to the same item, so there is a tendency to think that mostly eating natural sugar or high-fructose corn syrup causes the elevation of blood sugar. This video explains more.

The point you need to understand is that natural sugars (sucrose) from fruits break down into both fructose and glucose. Both are absorbed into your blood as they are digested in the intestine. This glucose does increase your blood sugar level almost immediately, but the fructose is absorbed more slowly because it has to be modified into glucose before it can elevate your blood sugar level.

In contrast, the sugar in carbohydrates such as grains (wheat, oats, rice, corn) is maltose, which breaks down only into glucose. This means eating a piece of fruit does not elevate blood glucose as quickly as eating an equal amount of mashed potatoes or bread.

Effectively, the grains and grain-flour you consume of breads, pizza, pastas, tortillas, cakes, snack foods is composed of thousands of molecules of complex carbohydrate. Each of those molecules can have up to 200,000 molecules of glucose. When you eat a bowl of cereal, you are literally eating a bowl of glucose.

Within an hour after a meal that is heavy in grains or grain-flour products, the level of glucose in your blood elevates very steeply. In response, your pancreas releases large amount of insulin, a hormone released in response to elevation of blood sugar. Then as insulin rises sharply, there is an intense and rapid response from insulin-sensitive cells in the body – especially muscle cells – to absorb the glucose. This then leads to a steep decline in blood sugar.

Grain-based foods are the real trick. 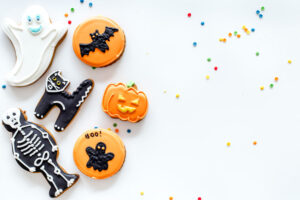 Within 2 to 3 hours after a meal, your blood glucose levels could actually fall below fasting levels for a time. Yale Research Psychologist Judith Rodin described this peak and valley effect of eating meals heavy in carbohydrates.

The rapid drop in blood sugar causes you to feel hungry and your subconscious brain often becomes programmed to make you reach out for a snack, often containing some form of sugar, in order to avoid unpleasant symptoms associated with low blood sugar.

In other words, your brain, fearing starvation, directs you to eat again even though you just finished a meal a few hours earlier. This is what leads many people to overeat and gain weight. It also often leads to constant high blood sugar and diabetes.

My informative yet easy to use book will guide you or a loved one to reverse Type 2 Diabetes in 8 weeks. My plan will also help you to remain diabetes free as you will take this on as a lifestyle.  Make better choices and take ownership of your health today!