Watch Out For False Advertising About Diabetes Cures 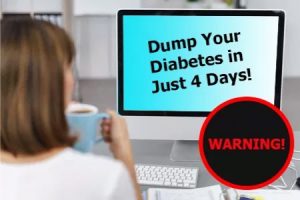 One of my friends asked me to comment on a website claiming that insulin sensitivity can be significantly improved in only 4 days, based on an experiment with 7 diabetics.

In a controlled environment, 7 diabetic participants attended a 4-day “retreat” where they consumed a low-fat plant-based diet. In the group, 6 were Type 1 diabetics and only 1 was a Type 2 diabetic. At the end of the 4 days, all participants saw dramatic improvements in blood glucose levels and were able to lower their insulin usage. The study director claimed that the improvement was because the diet increased their “insulin sensitivity,” implying that their cells had lost their supposed insulin resistance in spite of eating more carbohydrate.

I admire these participants for achieving the results they obtained, but I am concerned about the scientific explanation of the findings. How can the director know that insulin sensitivity increased without showing that insulin resistance is actually the cause of their diabetes?  And since many of the participants are Type 1 diabetics, how do their results impact Type 2 diabetics, if at all?

There are questions about this experiment that should give you pause before believing it.

The current theory of type 2 diabetes is that their high blood sugar is caused by certain cells in the body becoming “resistant” to the presence of insulin.  Just as background to understand this, let me explain that insulin is a hormone that the pancreas releases when glucose from digested food enters the bloodstream.  Insulin does not go inside a cell nor does it “push” glucose into the cell. As a hormone, all insulin does is trigger a message to cells that glucose is outside them. Cells absorb glucose only if they need it and cells determine how much to absorb.

Medical science has never explained why some, but not all, cells become “insulin resistant.”  No one knows the mechanism of how cells change from being “insulin sensitive” to “insulin insensitive.”   Nor do we have a test to measure the level of insulin resistance among different cells.  In other words, the director cannot know that the 4-day diet caused the participants to have improved “insulin sensitivity.”

Furthermore, some types of body cells, nerve cells for example, do not even need insulin to grab glucose molecules from outside. Muscle cells during exercise can also absorb glucose without help from insulin. If you are exercising, your body’s need for insulin is automatically reduced.

So what caused the improvement in blood sugar levels among all participants, and the lower usage of insulin?

For all participants, the improvement occurred as a result NOT of the low-fat diet (as low-fat diet has nothing to do with increasing insulin sensitivity).  Their improvement is due to their low consumption of complex carbohydrates from grains, the biggest cause of flooding the body with glucose and the need for insulin.

On the other hand, the nature of carbohydrate contained in plants is different. For example, some plants contain “resistant starch” that escapes digestion in the small intestine of healthy individuals, so less glucose is available for absorption AND thus there is less need for insulin. In addition, some plant-based foods break down slowly and tend to cause only a gradual elevation blood sugar. The participants eating such a diet simply needed less insulin.

What are the lessons to be learned from such advertising claims you might find on websites about diabetes? 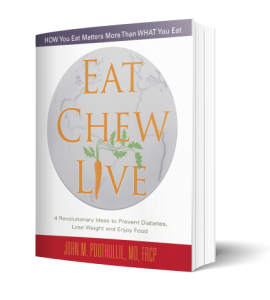 There are no special diets to follow or products to buy. Read the book.

Learn how you can lose weight once and for all, eat for health, and prevent diabetes.

The Relationship Between Cholesterol And Diabetes
21/04/2021