How Does Cancer Cause Death? : Taking A Deeper Look 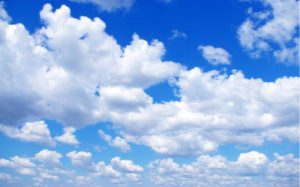 Everyone knows that a majority of cancers detected at an early stage do not cause death. The reason is that cancer cells do not release toxins to damage other cells in vital organs, nor do they invade and destroy cells in neighboring organs, even though they may infiltrate into their space. This helps explain why people who have cancerous tumors removed have a high long-term survival rate compared to those not similarly treated.

So what is the difference between cancers that lead to survival and those that lead to death? What is clear is that cancer localized to one location in the body seldom causes death, but cancers that metastasize and grow into other parts of the body do. For example, the 5-year survival rate for all types of ovarian cancer is only 45% because this cancer is located deep in the stomach cavity making it hard to detect until it has already metastasized.

What makes the difference between a single cancer and one that has metastasized?

The answer has to do directly with how cancer cells steal nutrients from other cells; causing them to starve and become dysfunctional in whatever organ they are part of. Here’s how a single cancer tumor differs from multiple cancer sites.

Cells survive by incorporating nonliving matter—nutrients—into themselves. This must occur on a consistent basis. If nutrients are not available on a timely fashion to cells in the body, they die, even if they otherwise retained the potential to continue living. For example, the non-availability of a key amino acid may halt the construction of a needed enzyme and the cell may lose its ability to carry out some vital function. If enough cells in a vital organ can’t function, the organ fails and the person dies.

This is essentially what happens in the body of a person suffering from cancer. In order to continue the process of their own cell division, each cancer cell takes in nutrients, making them no longer available to normal cells. 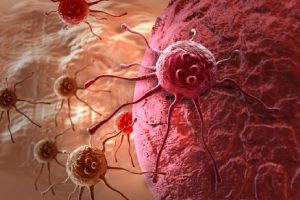 Read about the link between Diabetes and Cancer. Click on image.

But if a person’s cancer has metastasized and there are multiple cancers in the body, normal cells may now experience an increased shortage of needed nutrients. This is not unlike supermarkets running out of milk, water, and other essential foods when people decide to stock up on them to survive an expected calamity such as a hurricane.

There is ultimately a single key question to answer about how not to die from cancer: How can you prevent cancer from metastasizing?

The most important factor, in my opinion, is that you must aim to starve cancer cells. Cancer cells depend on glucose both to extract their energy and to manufacture materials needed for construction of new cancer cells. The more glucose in your body, the more likely it is that you are feeding cancer cells, allowing them to multiply.

The most obvious dietary source of glucose for the vast majority of people in the world is grains—especially wheat, rice, and corn, the triumvirate of grain crops grown in abundance with the help of subsidies from governments around the world. These grains made into flours are used to produce attractively displayed, affordable foods by vendors and consumed, often multiple times a day, by people around the globe. 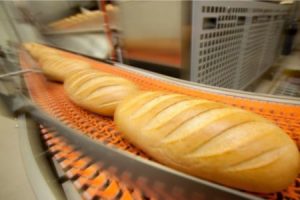 In my view, it is the increasing consumption of grains that explains why cancer deaths are increasing throughout the world. As reported in the International Journal of Cancer in March 2015, mortality from major cancers showed 8 million deaths in 2012, but it is projected to increase to 13 million by 2030. More than 70% of the world’s cancer deaths are projected to occur in Africa, Asia, and Central and South America, where grain consumption is rapidly increasing while advanced cancer treatments are less preponderant than in North America and Europe.

In the United States, since 1991, the cancer death rate has dropped by 26%, according to the latest data from the American Cancer Society (ACS). One of the biggest reasons is a reduction in smoking. However, cancer deaths remain higher among people with low income and among African-Americans, as both groups tend to have higher consumption of grains and grain-flour products in their diets.

Ultimately, to avoid death by cancer, I suggest you take every chance you can to avoid grains. This will delay the multiplication of cancer cells by denying them glucose.