The Unintended Consequences of the Green Revolution Update 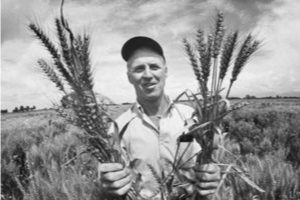 November is National Diabetes Month. I believe that this is a time that we recognize that many of our ailments hail from poor diet. And as much as I speak about empowering yourself to make better choices when it comes to your food intake, we must also take a good look at our food system. There are many organizations fighting to end some of our unhealthy farming practices such as the use of pesticides and ending government-subsidized grain production. The following is a repost and a history lesson for those of you who have not heard of the “The Green Revolution“. By looking at the choices humanity has made with regards to their farming practices and then reflecting on the consequences of those actions, then we can make informed decisions for postive change.

About fifty years ago, geneticist Norman Borlaug developed high-yield, disease-resistant dwarf wheat that could grow better than any other wheat. This boosted global agricultural production and they called it the Green Revolution. This wheat adopted by farming communities around the globe, plus improved rice, more than tripled the global grain yield of 0.8 billion metric tons in 1961 to 2.8 billion metric tons in 2014. Millions of people were saved from starvation and associated malnutrition that was feared based on a predicted rise in world population from 3 billion to 7 billion during that time. Today the population is expected to increase to 9.7 billion by 2050. To feed the expected new arrivals, food production must increase by another 70 percent. The Green Revolution, often made possible through direct or indirect subsidies from governments of almost all countries in the world, made grains and grain-flour products the cheapest form of food available to millions of people around the world. The result has been a significant increase in the percentage of carbohydrate-based food intake on a daily basis. It went from roughly 30 percent before the revolution to more than 50 percent in developed countries and over 70 percent in developing countries. In an article I came across on the subject in The Balance  I read this:

“Grains are the most heavily subsidized, making them cheaper than vegetables and fruits…More than 6% of farm subsidies go toward four “junk food” components: corn syrup, high-fructose corn syrup, corn starch, and soy oils. It seems the federal government subsidizes food that contributes to America’s obesity problem.“

The welcome response to an impending crisis of feeding an increasing number of people helped us save the world. Innovations in seed production, mechanized farming, improvements in milling and refining have made it possible for production of grains and grain-flours that any ordinary person could use to create a multitude of palatable and visually appealing dishes. The ease and efficiency of providing meals for the family made the gradual increase in the intake of grain and grain-based foods normal and acceptable. It has conditioned the succeeding generations to become comfortable with the idea that the daily, often multiple, consumption of grain-based foods is expected, even essential for survival. However, this has led to many unintended consequences such as increase in the incidences of obesity, Type 2 diabetes, and cancer all over the world, plus the new paradox of obesity-associated malnutrition. Thus the Green Revolution has fostered an enormous rise of serious medical conditions.  What can we do? Obesity is the manifestation of consuming energy-containing foods such as grains and grain-flour products in excess of one’s immediate ability to use the energy. This then requires storage of carbohydrates inside fat cells — leading to weight gain. Type 2 diabetes is the result of the body’s burning of fatty acids instead of glucose, primarily by muscle cells, to produce energy for physical activities, resulting in the accumulation of glucose in the blood. The rising incidence of cancer is due to cancer cells multiplying faster, aided by glucose from grains and grain-flour, outstripping the capability of one’s immune system to destroy them.  Obesity-associated malnutrition occurs when people overconsume cheap, subsidized grain and grain-flour products that create obesity, while at the same time failing to eat critical nutrients the body needs for proper nutrition. Solutions: I suggest the following solutions to prevent a repetition of similar problems while we try to find food for the incoming newborns. These steps will help wean people off of grains and products made with grain flours.  I predict that should we do all these, we will see reductions in the rates of obesity, Type 2 diabetes, and cancer.

Diabetes: The Real Cause & The Right Cure. 8 Steps to Reverse Your Diabetes in 8 Weeks  If you have been diagnosed with Type 2 Diabetes, this informative yet easy to use book that will help you or a loved one reverse it in 8 weeks. My plan will also help you to remain diabetes free as you will take this on as a lifestyle.  Make better choices and take ownership of your health today. Get the Book on Amazon Now you can start making healthy steps while simply listening to the book!!! 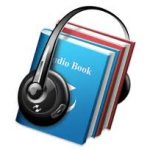